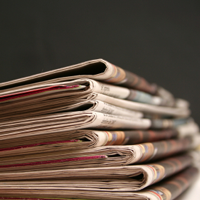 Alinma Bank has signed an exclusive contract with Visa that will make it the first bank in the Central European/Middle Eastern/African (CEMEA) region to provide both debit (ATM) and credit cards to customers immediately upon opening an account. This initiative represents yet another important milestone reached by the bank as it moves closer to its commencement of operations in the Kingdom of Saudi Arabia (KSA), which is expected at the end of the second quarter or the beginning of the third quarter of 2009. The initiative also represents Alinma’s ongoing commitment to provide its customers with Shariah-compliant, modern, integrated banking services and products.

Dr. Bahnam Maqsood, the president of Retailing Banking Assets at Alinma Bank, commented on the initiative emphasizing the bank’s dedication to excellence. “Alinma Bank is committed to providing new, innovative and unprecedented services within the Kingdom,” said Maqsood. “We are dedicated to offering greater added value to our partners, customers and shareholders through our consistent investments in IT and human resources, while enhancing the quality of our services that will eventually be regarded as a benchmark in the banking sector. All the products and services provided by Alinma are Shariah-compliant, in conformity with legal provisions and regulations, and are in agreement with the bylaws of the Bank.”

Ihab Ayoub, General Manager, Visa, KSA, said, “We are delighted to have partnered with Alinma Bank to launch the Visa debit (ATM) and credit cards, to work with Alinma Bank by introducing a unique service into the market. Visa delivers innovative payment solutions to all card holders who can benefit from the convenience and security of a Visa card combined with the value added services provided by Alinma Bank.”

The ATM and credit cards provided by Alinma Bank are EMV standard compliant, which means that these smartcards contain a metal chip with integrated circuits, memory and security features that are more enhanced compared to the traditional magnetic strip cards. These cards will contain the card holder’s data, including name and other relevant details. The chip included in the card can also be programmed to contain various applications and features, which is not the case with magnetic strip cards. The new smartcards also come with a security feature that makes it impossible for the cards to be cloned or copied by conventional data readers.

Alinma Bank was established as a joint stock company with share capital of SAR 15 billion. A third of the bank’s stock ownership (30 percent), which is valued at SAR 4.5 billion, is owned in equal shares by the Public Investment Fund, the Public Pension Agency and the General Organization for Social Insurance. The remaining 70 percent of the shares are publically owned and are traded on the Saudi Tadawul All Share Index (TASI) under the symbol 1150.

Visa operates the world’s largest retail electronic payments network providing processing services and payment product platforms. This includes consumer credit, debit, prepaid and commercial payments, which are offered under the Visa, Visa Electron, Interlink and PLUS brands. Visa enjoys unsurpassed acceptance around the world and Visa/PLUS is one of the world’s largest global ATM networks, offering cash access in local currency in more than 170 countries.